With agriculture being the main source of income for 90% of Himachal Pradesh, life in the Himalayas can come with many challenges such as: inaccessible terrain, extreme climatic variations, soil erosion caused by deforestation, limited rainfall of which 70% occurs from June to August and lack of clean water for drinking/irrigation. By means of collective participatory action, over the last 40 years the communities across the region have worked on improving these problems with the help of organisations like RUCHI. 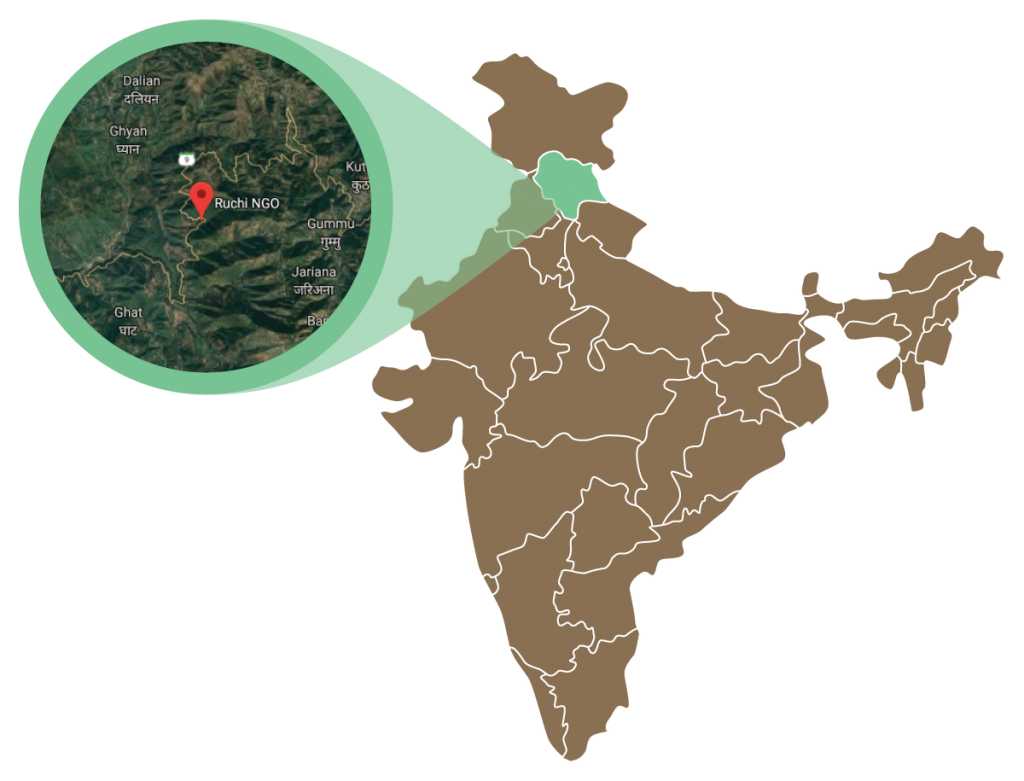 An increase in demand for wood and land from the growing population has led to large scale deforestation of the region, this combined with overgrazing and forest fires has led to destruction of natural habitats, accelerated soil erosion and water runoff. With a decrease in habitat and scarcity of food, wildlife have begun to move into populated areas, raiding and damaging cereal and vegetable crops. The main damage comes from the rhesus macaque, of which 93% of their diet can come from human sources. Other wildlife includes grey langurs, boars, peacock, deer and nilgai.

Through learning and listening to a variety of people (see blog), it was evident that the problem was far greater than anticipated. Without any protection, local farmers can easily lose 75% to all of the crops they grow to wildlife. With 90% of the region being reliant on agriculture for income, this devastating loss is having a huge effect on people's livelihoods; so much so that the younger generation and some families are forced to work in industry, lowering their quality of life. With little other alternative, many people have resorted to poisoning the monkeys, showing how extreme the problem has become. By working with the local community and RUCHI, a collaborative solution could be made. 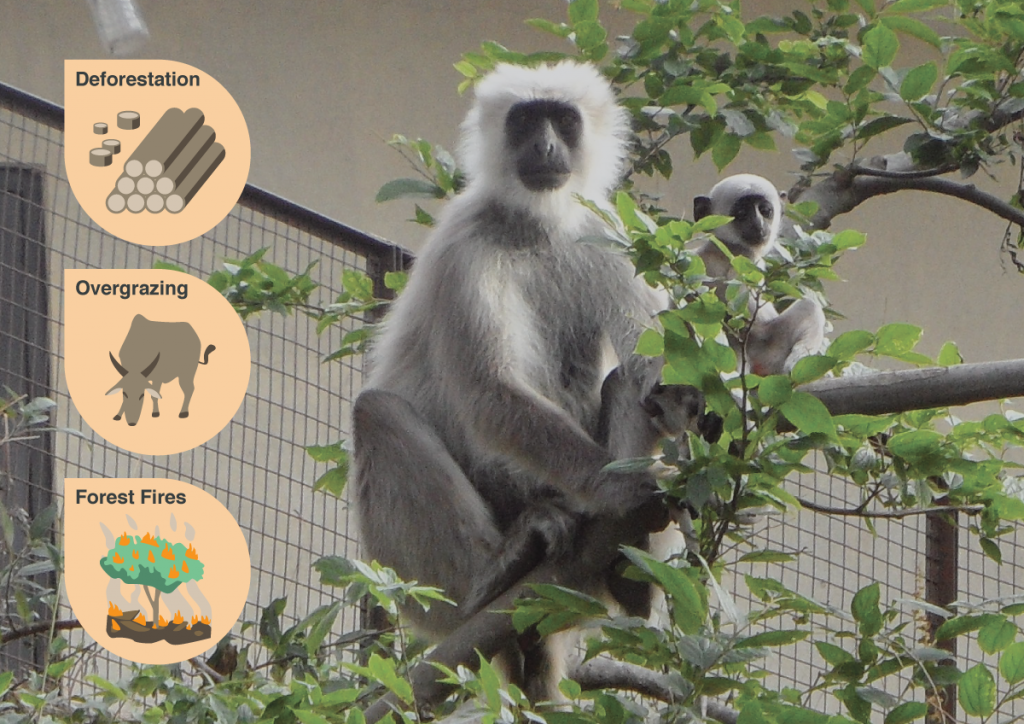 The original aim of this project was to design and implement a device which would protect a variety of crops from wildlife, however through learning and listening to the community the problem far exceeded what was originally anticipated, with deforestation being the main source of the problem.

By working in collaboration with RUCHI and the community a low-cost, local solution was developed to combat this problem. This consisted of three individual components; population control, buffer zones and crop protection. Each of these components work in balance to ensure a long-term sustainable solution, however if one of these elements is not taken into consideration it could result in a harmful side effect as shown below.

The community was involved every step of the way in the design process. By doing so, this allows the community to take ownership of the solution, leading to the solution being improved and maintained long-term. 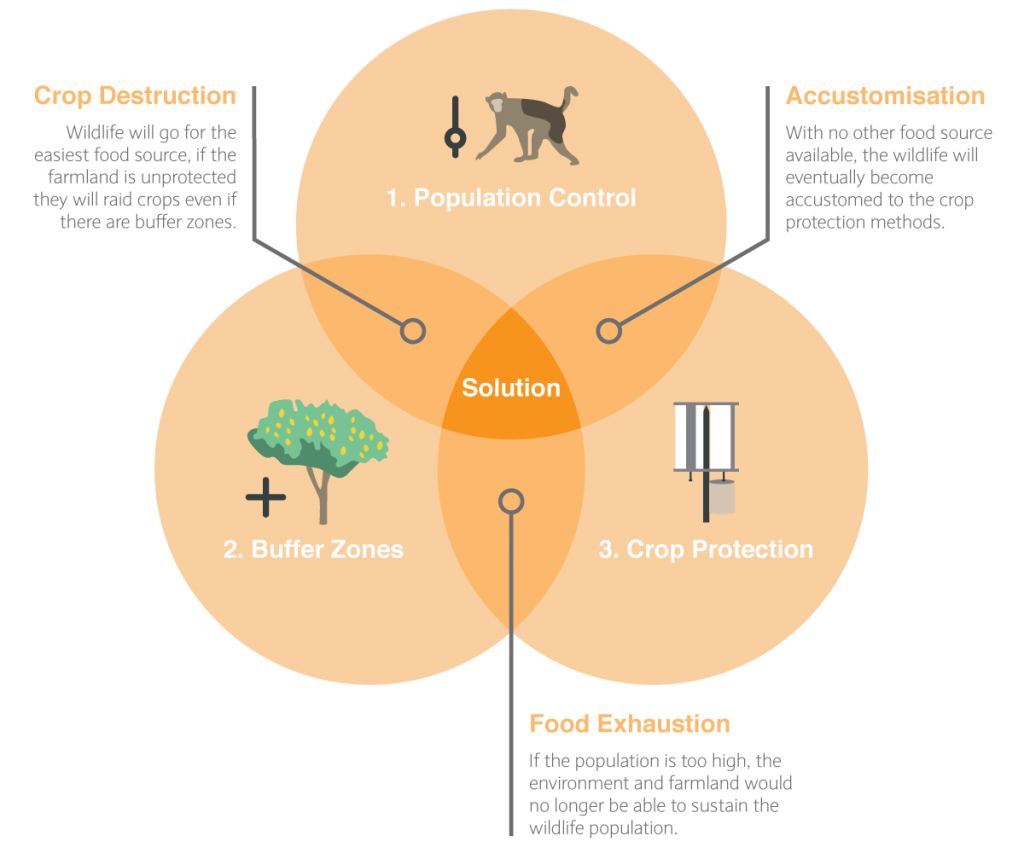 1. Region - Himachal Pradesh.
2. Deforestation - Trucks hauling wood from local area.
3. Migration - Rhesus Macaque around the small hill town of Kasauli.
4. Agriculture - Local Farmland in Dhartu.
5. Destruction - Crop loss have forced some families to work in industry.
Conducting group interview with the ‘Women's Self Help Group’.
Interview with local facilitator in a school in the slum area of Baddi.
Building prototype at the local metal workshop.
Wind turbine used to protect crops from wildlife.