“Upon arriving, it was evident that the problem was far greater than anticipated”

Upon arriving in Himachal Pradesh, it was evident that the problem was far greater than anticipated. We were shocked to find out that the local farmers with little other alternative, had resorted to poisoning monkeys in the area, killing many of them. Talking with a variety of people it was clear that most felt angry and frustrated towards the monkeys, although they do not like resorting to poisoning the monkeys, they have no other alternative. One farmer even stated that they will kill any monkeys that remain in the village, showing how extreme the problem has become.

Smaller families suffer the worst as they do not have enough people to patrol the crops 24/7, without any protection they can easily lose 75% to all of the crops they grow to wildlife. This devastating loss is having a huge effect on people's livelihoods, so much so that the younger generation and some families are forced to work in industry, lowering their quality of life.

According to most people, the problem started about 10 years ago, evidently around the same time deforestation began in the area. According to the local Shepard, food has become increasingly scarce in forests, having to travel very high into the mountains to find any food for the heard. With deforestation continuing, the problem has gotten worse in recent years with troops of up to 100 monkeys raiding different villages every 2-3 days.

Although monkeys cause the most amount of damage to the crops, other wildlife also continue to raid the crops as well. These include wild boar, foxes, nilgal, peacock, deer and even porcupine. In contrast to the monkeys, these animals present a different problem for two reasons: first, most of these animals are nocturnal, meaning that they come out at night to eat, second, they are a protected animals by law in India, unlike the monkeys.

With increased pressure from the people, the government started to pay people 400 INR to catch the monkeys, however this solution was not effective as it is near to impossible to catch these clever monkeys. In retaliation to this, the government later changed it so the community could instead kill the monkeys. With guns being too expensive, this is when poisoning came into action. This was not only a cost effective solution but it also presented a less direct way of killing them. As most of the community didn’t like killing the monkeys because of religious belief, they instead paid one person to poison the monkeys for them, trying to circumvent the blame away from them.

Other solutions that come into play are using firecrackers, loud sounds and sticks to scare the monkeys. However, this solution did not last for very long. In some villages the monkeys have gotten used to the sounds and are no longer scared of the firecrackers anymore! More solutions include putting up electric fencing but even with government subsidies, small families could not afford to pay for this. Other families refuse to pay towards a collective fence stating that the monkeys become full before they get to their land. Electric fencing is also difficult to build and maintain in mountainous terrain as well.

Through the help of the people, a better idea of how to protect the crops from wildlife was gained, ensuring it is non-harmful, active 24/7 and works with wildlife rather than against it. Fantastic insights were made into potential solutions, one of which was that monkeys do not like to eat ginger, garlic, turmeric and chilli as this is usually to hot for them. However these plants rely heavily on irrigation which some of the farmers do not have access to, so this would need to be taken into consideration. Herbs, as well, are not eaten by the monkeys, however there is little money in them, so ways in which to make them more profitable were discussed. One local woman had even been experimenting with scented flowers such as marigolds, stating that they monkeys do not like the smell of them so tend to avoid the areas she had planted them in. 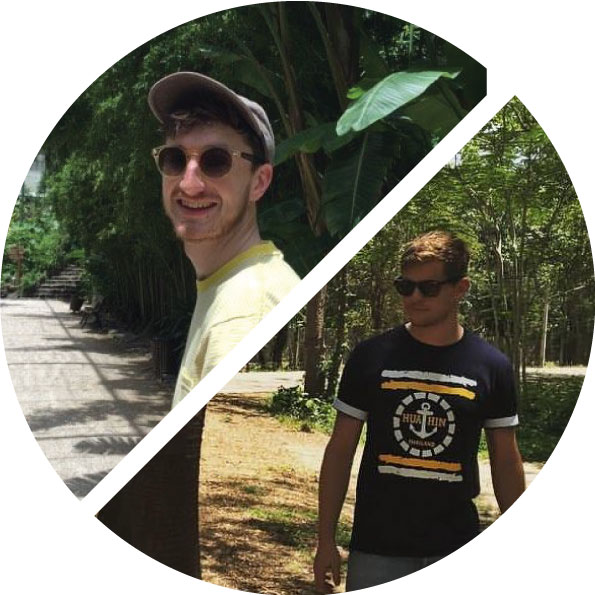